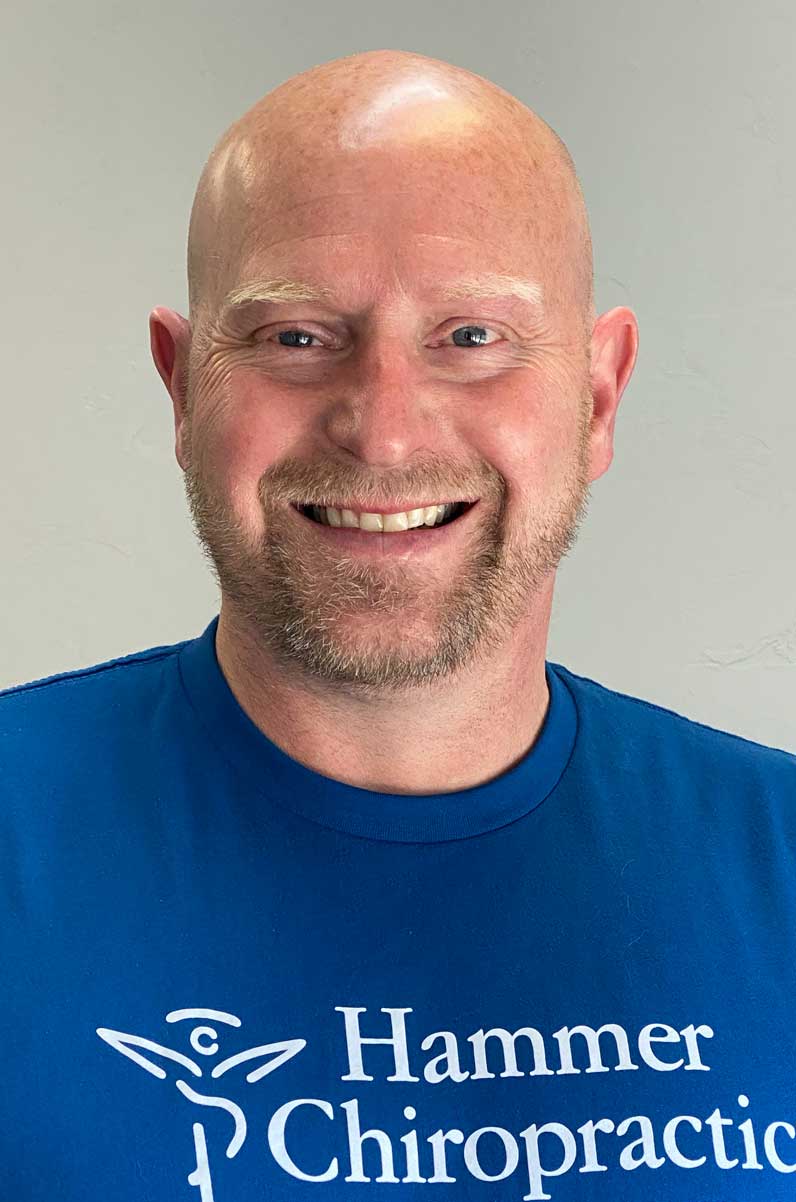 A Doctor of Chiropractic, a licensed health professional with a minimum 8 years of rigorous university study, specializes in the treatment of neuromusculoskeletal conditions. Dr. Hammer received his Bachelor of Science degree in Biology/Zoology and Chemistry from the University of Wisconsin, Eau Claire and his Chiropractic Doctorate Degree from Northwestern Health Science University in Bloomington, Minnesota. He completed his residency with the Pain Clinic of Minnesota and a radiology internship with the University of Minnesota/NWCC. He holds state licenses to practice in Wisconsin and Minnesota. Dr. Hammer has additional postdoctorate education and board certifications in rehabilitation (DACRB) and orthopedics (FACO) and a fellow of the Academy of Chiropractic Orthopedics.

Dr. Hammer was published in the Journal of Chiropractic Medicine in the fall of 2004.

Chiropractic orthopedics is considered a branch of orthopedics, the purpose of which are, by non-cutting techniques, to prevent and correct deformities and to preserve and to improve the functions of bones, muscles, joints and their nerve supply, when such function is threatened or impaired by defects, lesions or diseases.

About the Clinic
About the Doctor
Our Staff
Clinic Tour
History